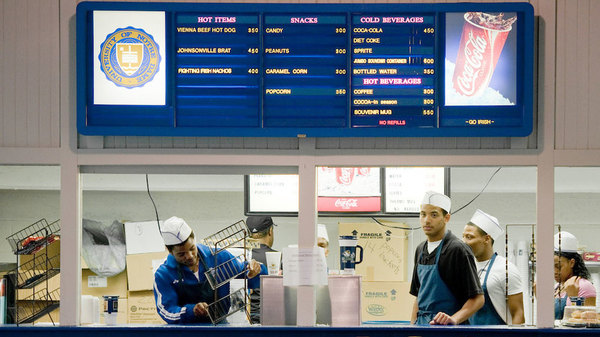 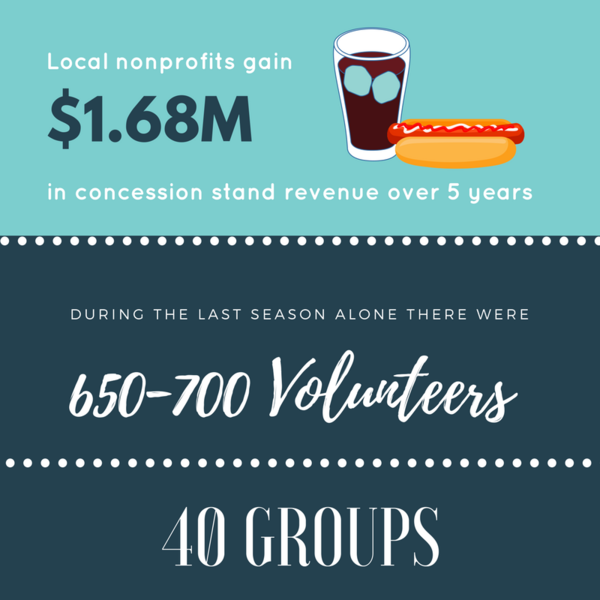 In addition to having a tremendous impact on the University of Notre Dame’s teaching, research, athletics and student life, the University’s largest construction project will also benefit the community in many ways. Community members will have an increased opportunity to earn revenue for nonprofit organizations, participate in psychology research, reap the benefits of having national and regional events in their hometown and benefit from new tiered ticket pricing.

Local nonprofit organizations have gained approximately $1.68 million over the past five years for their work at concession stands during football games at Notre Dame Stadium. Led by Levy Restaurants, which manages concessions for the University, between 650 and 700 volunteers worked at concession stands at the stadium last year. About 40 nonprofit groups, including churches, local athletic teams and school groups, will participate this year.

Northridge High School’s Science Olympiad team used to bend and cut aluminum to create robots for their robotics competitions. Now they create their own robots with 3-D printers they purchased with funds they earned volunteering at concession stands at Notre Dame Stadium. “Prior to this, it was hard for us to function. This opportunity has meant a lot to this organization,” says Jeremy Gerber, Northridge’s Science Olympiad coach. He estimates the team has made more than $20,000 over the last three years. “We’ve been able to offer the kids way more equipment and way more experiences.” The 3-D printers have allowed the group of about 55 high school and middle school students to explore new design techniques and hone their projects.

The money earned through working concessions will send the Ancilla College women’s soccer team to North Carolina this fall to prepare for the season. Head coach Justin Crew says the trip will allow team members to form strong bonds before heading into competition. “They’ll live together for a week and do workouts together,” Crew says. “They will build a family culture and a bond.” The trip is possible because of the nearly $7,000 the team raised through working concession stands at some football, basketball and hockey games. Bethel College’s softball team used its share of concession profits for a similar trip; the team started their season in Arizona. Ancilla’s cheerleading team also earned about $7,000, which they used to pay for a trip to the national championship competition.

When Notre Dame’s Department of Psychology moves into O’Neill Hall in 2018 and brings all associated laboratories together in one building, the community will be able to participate in research more conveniently as parking will be more accessible. Current research investigations address health, well-being, aging and stress, and participants receive modest stipends for their involvement in the research.

With an increase in the number of new venues on campus, the community will also benefit as new visitors come to conferences, meetings and special events that the local area was not able to host previously. VenueND, a team of sales, reservation and event specialists, will utilize spaces across campus as well as premium event space in the Duncan Student Center, O’Neill Hall and Corbett Family Hall to host national and regional conferences, weddings, corporate events and customized events.

The community will also benefit from a new pricing model for football tickets and new, fan-friendly pricing on the most popular concessions. New tiered ticket pricing beginning with the 2017 season creates greater affordability for many fans with pricing ranging from $45 to $250. The prices on some of the most popular concessions — water, hot dogs and popcorn — will decrease by $1.50 to $3 each.

Local families who are food insecure will benefit from a new collaborative program. Through the efforts of Notre Dame’s Office of Public Affairs, the Office of Sustainability, Cultivate Culinary School & Catering and Levy, fresh food that is leftover after football games in Notre Dame Stadium will be prepared into frozen meals. Cultivate Culinary will prepare and distribute the food to food-insecure families in the Michiana area.

Originally published by Marissa Gebhard at news.nd.edu on August 17, 2017.