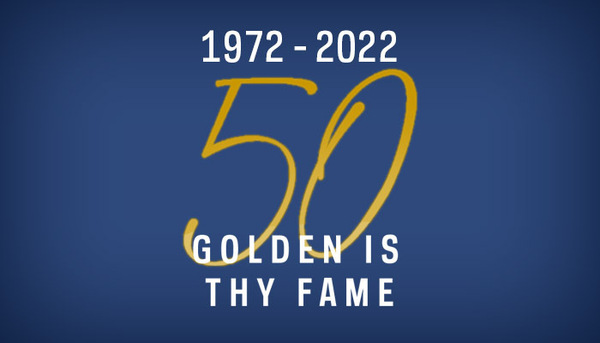 In joining the Notre Dame community in its celebration of the 50th anniversary of undergraduate women, the Office of Information Technologies (OIT) is proud of its own women undergrads.

The OIT ladies who are part of this special group of women include: Andrea Amoni, Lauren Freda, Caela Kleber, Elizabeth Lankford, Beth Padgett, Katie Rose and Tracy Weber. They were part of different graduating classes spanning between the late 1990s to mid-2000s. Their journeys may have been different, but they all share memories as undergraduate students during their time at Notre Dame. Here are some of their stories.

Andrea Amoni is the financial services manager for the IT administration team. As an undergraduate, she resided in Walsh Hall and graduated from Notre Dame with a double major in finance and history. She also received a certificate in international business.

Not only did her undergraduate experience teach her about the field of business, but also helped her realize the type of adult she wanted to become. “One of the most significant theories presented to me during this time was servant leadership,” said Amoni. “Seeing examples of this everyday helped me understand that I wanted to work in a position where I could have an impact, and work for an employer who valued service to others—to students on campus, the local community, or the world.”

Amoni enjoys the opportunities to grow in her job at Notre Dame, and the variety of work she handles every week. She has learned the nuances of things like finance for cloud computing and managing capital IT assets—areas she may never have experienced in previous workplaces. Amoni went on to say, “I also enjoy working with a wide variety of people in the OIT and on campus and appreciate the community aspects of our environment.”

“This isn't just a place to work, but somewhere you can make lasting friendships and have fun experiences that may be completely unrelated to your work day,” she stated. “I chose Notre Dame because from the moment I stepped on campus, this place felt like home. Fostering that feeling so that it can continue for others is important, and I hope I contribute to it on some level every day that I'm here.” Amoni has worked at the University for 14 years.

Caela Kleber is a business intelligence specialist for the enterprise application services team. During her undergraduate years, she resided in Pangborn Hall and received a degree in information technology management from Mendoza College of Business.

She has been interested in computers and technology since she was a child. “I remember making PowerPoint presentations and websites about topics that interested me for fun in grade school,” said Kleber. She combined that interest with experience in working in teams on large projects while attending Notre Dame.

“For my  senior year project management class, my final project was on how to make OIT a great place to work,” she said. “It was during that project that I was first exposed to the OIT community and had the seed planted in my mind that OIT would be a great future employer someday.”

Kleber works on the Data and Reporting team, and enjoys working with people in many departments and diving into different types of data. “It's really satisfying to be able to provide a campus partner with a report or data solution knowing that it will be instrumental in helping them make an important decision or improve the way their office operates,” she said. Kleber has worked at the University for 8 years.

Elizabeth Lankford is a service management professional for the IT strategy, planning & architecture team. As an undergraduate, she was a resident of Lewis Hall and received a degree in music theory.

Working in IT with a degree in music theory seems to be a bit of a stretch, right? Not according to Lankford. “As a classically trained musician, it's essential to learn how to participate and contribute in many different ways: solo work, duets, trios or quartets, chamber ensembles, and large orchestras,” she stated. “Depending on your instrument, size of the ensemble and instrumentation of the piece, you bounce back and forth between primary, secondary or supporting roles.”

Lankford’s experience as a musician helped teach her to appreciate each type of contribution and how to easily transition between them. “It's a skill applicable to teams, groups, and projects at work, school, and of course, rehearsal,” she said.

The main reason she likes her job is because of the people with whom she works. “If you have fantastic team members who do great work, doing your job is so enjoyable,” she exclaimed.

Notre Dame graduates run in the family. Lankford’s dad graduated in 1974 and grandfather in 1949. Her dad was on campus when the first class of women arrived. “I know he's proud that his daughter attended their alma mater,” she said. “And we all have unique, matching class rings!” Lankford has worked at the University for 8 years.

Katie Rose is part of the OIT senior leadership team as assistant vice president for IT strategic excellence and engagement. While attending Notre Dame as an undergraduate, she majored in psychology and computer applications. She resided in Knott Hall her first two years, then moved to McGlinn Hall when it opened.

At the end of her first year, the OIT—then known as the Office of University Computing (OUC)—needed to hire students for a project called ResNet. The students would help install ethernet cards in the dorms to help connect those students to the ND network. “I needed a job as part of my work-study package, so I applied,” Rose stated. She was hired as one of the first residential computing consultants.

The installation of these cards rarely went smoothly. “Sometimes, it would take hours of work and troubleshooting to finally get everything to connect,” she said. “I kept this job through the end of my senior year, and realized it was something I wanted to pursue as a career.”

As part of the OIT senior leadership team, she focuses on how IT will enable the rest of the campus to achieve their vision. “Living in the dorms and working to provide IT support to those same people helped her realize how important the community around you is,” Rose stated. “Those relationships we built living together, and supporting each other, are things I live every day in my career.”

She believes whatever value you deliver starts with building a trusting relationship and working with others. IT is no different. “No one really cares about the technology itself, and they shouldn't,” she continued. “We care about the people we work with, feeling supported, and accomplishing something greater.” Rose has worked at the University for 24 years.

Tracy Weber is part of the OIT senior leadership team as assistant vice president for community information technology experience. As an undergraduate, she was a resident of Lewis Hall and had a double major in math and economics.

Her first job in IT was as a student employee computer lab consultant. She worked the midnight to 4 a.m. shift in the LaFortune Student Center computer lab once a week, where mostly she checked people who had computer issues in and out, and rebooted computers.

One of her most memorable experiences was the semester she studied abroad in London. “Some of my homework included going to theater productions,” Weber stated. “I also got to travel all over Europe on weekends and during breaks. It was a pretty amazing semester.”

Though she was a math and economics major, the Notre Dame Career Center helped get her career started in the IT field. “They provided many opportunities to interview with companies on campus,” said Weber. At that time, Accenture (then Andersen Consulting), was interested in hiring math majors, and she heard consulting was a good way to start a career.

“I didn’t fully understand that I would be doing computer programming until my first week on the job,” she continued. “They handed me a thick binder and told me to learn this programming language. Fortunately I loved programming so it all worked out!”

Weber joined the OIT as an application developer in 2003 and has served in many IT leadership roles. According to Weber, “One of the best things about working in the OIT is my amazing, brilliant, creative, caring colleagues.” She has worked at the University for 19 years.

You can find stories about other women undergraduates and their milestones on the Golden is Thy Fame website.

Originally published by Lenette Votava at oit.nd.edu on August 08, 2022.