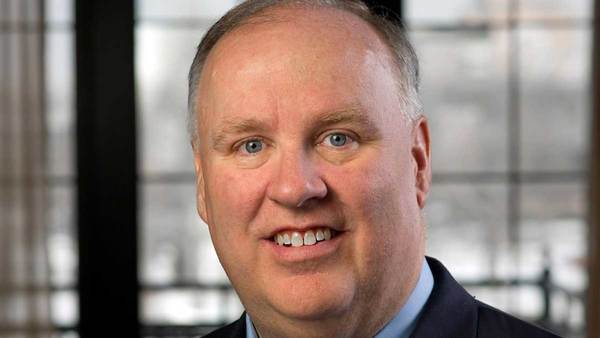 University of Notre Dame President Rev. John I. Jenkins, C.S.C., today announced the retirement of Scott C. Malpass, effective June 30, after 32 years as the University’s chief investment officer. As such, Malpass was responsible for investment of the University’s endowment and other assets totaling $14 billion.

“Under Scott’s leadership, the contribution of the endowment to Notre Dame’s mission is difficult to overstate,” Father Jenkins said. “For Scott and his team, it has never been about the dollars, but about providing financial aid to deserving students, the hiring of superb faculty and supporting the University’s service to the Church and the world.”

During his tenure, Notre Dame’s endowment grew to $12.5 billion as of June 30, 2019, from $425 million in 1989, with endowment spending increasing to $425.7 million from $19.5 million over the same period. The endowment supports scholarship and research, academic programs and institutes, hundreds of faculty chairs, athletics and fully one-third of all student financial aid.

“The University’s average annual endowment returns over the past 30 years have ranked among the best in higher education and beyond,” Executive Vice President Shannon Cullinan said. “However, I believe Scott’s greatest gift to Notre Dame is the outstanding investment team he has assembled to ensure future generations of students, faculty and staff will benefit from the exceptional stewardship of our endowment.”

“It’s been an honor to serve my alma mater, which, in three decades, has been able to realize magnificent aspirations that we could only dream of decades prior,” Malpass said. “That was made possible, in large measure, by the financial genius and devotion to Notre Dame of the investment team that I was privileged to assemble over the years.”

Malpass is succeeded by Michael Donovan, a 23-year veteran of the Notre Dame Investment Office, where he serves as managing director.

“Mike’s talent as an investment manager is surpassed only by his humility, leadership and commitment to Notre Dame’s mission,” Cullinan said. “He has led our private equity investments since 1997, and delivered impressive returns for that portion of our portfolio. I have complete confidence in Mike and the investment team.”

“I am honored to have the opportunity to lead a wonderful team that is deeply committed to continuing to manage the University’s assets in a splendid manner,” Donovan said.

In 2011, Institutional Investor Magazine named Malpass its Large Endowment Manager of the Year. In bestowing its lifetime achievement award on Malpass in 2014, Chief Investment Officer Magazine praised him as “an investor (who) grew alongside the endowment, both becoming among the most respected in the institutional universe.” The Wall Street Journal once described investing by Malpass, a former high school football player, as “having a year worthy of a Heisman.”

Malpass was one of 12 of America’s leading chief investment officers profiled in the book “Foundation and Endowment Investing: Philosophies and Strategies of Top Investors and Institutions.”

Malpass is a 1984 Notre Dame graduate and received a master of business administration (MBA) degree from the University in 1986. He returned in 1988 from the Wall Street firm Irving Trust Company, and became chief investment officer the following year. Malpass also served as a concurrent assistant professor of finance in the Mendoza College of Business at Notre Dame. In 1995, he helped develop the applied investment management course in the college for outstanding students in finance that has received extensive interest from financial services firms throughout the country.

Like his predecessor, Donovan has been crucial in executing investment strategies behind the University’s success and careful stewardship. He helped recruit and mold a team of Notre Dame graduates who have won plaudits from the nation’s leading financial publications for their outstanding decision-making and distinctive dedication to their alma mater.

Donovan has spent 23 years as a member of the team that manages Notre Dame’s endowment. Previously, he co-founded a successful educational products company and practiced corporate law with Morgan, Lewis & Bockius in Philadelphia. Donovan serves on the advisory boards of numerous private capital firms. He also is a director or advisor to a number of charitable organizations. He holds a bachelor’s degree in finance from Notre Dame, a law degree from the UCLA School of Law and an MBA from Harvard Business School.

As the university’s chief investment officer, Donovan will report directly to the executive vice president.

Originally published by Paul Browne at news.nd.edu on April 17, 2020.