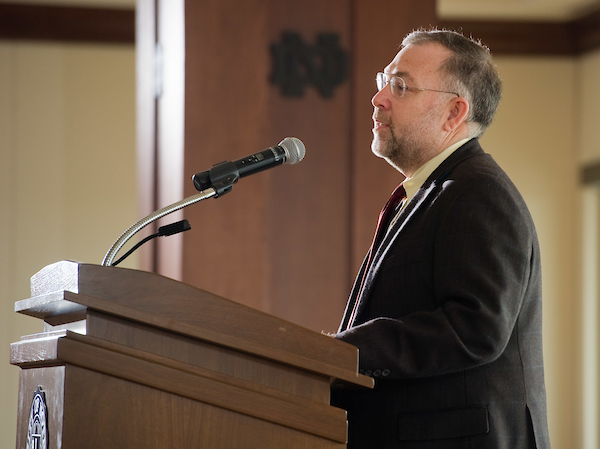 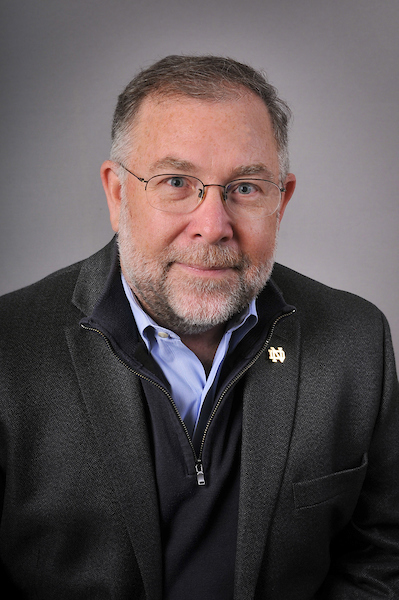 Through his outstanding leadership, Ron has strengthened the University’s IT services and guided the campus community through several major initiatives such as transitioning faculty, staff, and students to Gmail and Google calendaring, implementing modern voice and conferencing services, moving applications and storage to the Cloud, and establishing Distributed IT Support Services. In 2013, he took on additional responsibility as the University’s first Chief Digital Officer. During the past few years, he led the IT service efforts in the Campus Crossroads project, including operationalizing ND Studios, implementing Notre Dame stadium WIFI and establishing new technology throughout the complex.

“On behalf of the entire University community, I extend our gratitude and sincere congratulations to Ron and his family,” said John Affleck-Graves, executive vice president. “Ron's career has been characterized by his collaborative spirit and commitment to excellence. The culture of innovation and service that Ron fostered in OIT ripples across every part of our campus, and we are all deeply grateful for his countless contributions.

“A hallmark of Ron’s leadership is his ability to build strong collaborations across the University, which led to the success of numerous strategic projects in business intelligence and data management. These collaborations led to the establishment of dataND, a secure repository for governed University data that makes data more easily accessible to inform decision-making across campus.”

In addition to directing the information technology infrastructure that supports the entire campus community, Kraemer has also been responsible for leading the development of enterprise systems that underlie many of the University’s teaching, learning, research, engagement and business activities, as well as establishing a governance structure to plan for future IT service needs across campus.

Kraemer will remain the Vice President for Information Technology and Chief Information and Digital Officer until a replacement is named later this year.